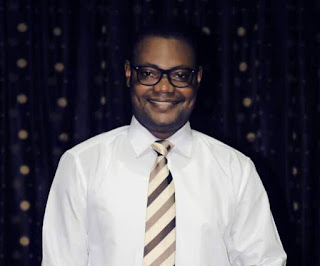 Salvation is, faith in Jesus plus nothing else. The only condition to be saved is to receive the word of Christ in your heart. And that reception is faith in itself.

John 1:12But as many as received Him, to them gave He power to become the sons of God, (even) to them that believe on His name…

Those who received Jesus as Savior and Lord are those who have believed in Him. You can’t become until you have believed, and when you believe, you receive to become. The power to become is in the reception, and faith is that reception. We lay hold on eternal life by faith in Christ Jesus.
The Son of man has been lifted up. He has been crucified, and He has risen from the dead. Just as the lifted serpent of brass became the anchor through which those who were bitten were saved, in the same way, Christ being dead on the cross and resurrected, is the anchor of salvation to everyone bitten by the sinful nature.
Truth is, every man born of a woman is of the sinful nature.
David has this to say…

Psalm 51:5Behold, I was shapen in iniquity; and in sin did my mother conceive me.

Paul put it this way…

Romans 3:23For all have sinned, and come short of the glory of God...
Romans 5:12Wherefore, as by one man sin entered into the world, and death by sin; and so death passed upon all men, for that all have sinned…
Galatians 3:22But the scripture hath concluded all under sin, that the promise by faith of Jesus Christ might be given to them that believe.

It is faith in Jesus that saves a man from the sinful nature. Therefore, salvation is not a reward for the good things man has done. It is an invitation to receive the good things God has done. If salvation would require the works of man to validate and keep it, then it is no more of faith alone in Christ, and this would totally contradict the scriptures.

Ephesians 28. For by grace are ye saved through faith; and that not of yourselves: (it is) the gift of God:
9. NOT OF WORKS, lest any man should boast. (Emphasis mine)

2 Timothy 1:9Who hath saved us, and called (us) with an holy calling, NOT ACCORDING TO OUR WORKS, but according to His own purpose and grace, which was given us in Christ Jesus before the world began… (Emphasis mine)

Romans 4:16Therefore (IT IS) OF FAITH, THAT (IT MIGHT BE) BY GRACE; to the end the promise might be sure to all the seed; not to that only which is of the law, but to that also which is of the faith of Abraham; who is the father of us all… (Emphasis mine)

Man is saved by faith alone in Christ Jesus. And after salvation, he is expected to grow. Spiritual maturity is expedient for every child of God, else, the saved might be confused for the unsaved.
This is our responsibility after salvation…

2 Peter 3:18But grow in grace, and (in) the knowledge of our Lord and Saviour Jesus Christ. To Him (be) glory both now and for ever. Amen.

1 Peter 2:2As newborn babes, desire the sincere milk of the word, that ye may grow thereby…

Ephesians 4:15But speaking the truth in love, (ye) may grow up into Him in all things, which is the head, (even) Christ…

Galatians 4:19My little children, of whom I travail in birth again until Christ be formed in you…

The word “until” is how long we are to keep growing. Spiritual growth is not a destination we have attained in Christ, it is a journey we continue to walk until Christ comes.

APOSTLE RAPHAEL A. MACAULAY
Lead Pastor
Gospel Life Ministry.
See Other Amazing Content From Apostle Raphael A. Macaulay
Fulfill Your Ministry
The Gospel
Evangelism
Salvation Is Calling
It Is By Faith
In The Local Church
We Have The Authority
For Our Edification
AUDIO: Aju Asegun Lo (.mp3)
AUDIO: Great Things Again (.mp3)
The Worship Leader’s Concept Of Music

DOWNLOAD AUDIO: I Will by Apostle Raphael A. Macaulay