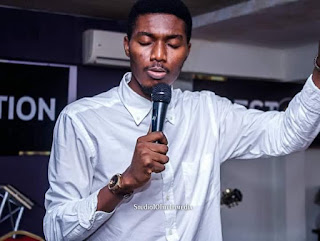 Gen. 9:20-24
‘And Noah began to be an husbandman,and he planted a vineyard. And he drank of the wine and was drunken,and he was uncovered within his tent.
And Ham,the father of Canaan,saw the nakedness of his father,and told his two brethren without.
And Shem and Japhet took a garment, and laid it upon both their shoulders and went backward,and covered the nakedness of their father;and their faces were backward,and they saw not their father’s nakedness.
And Noah awoke from his wine and knew what his younger son had done unto him”
This story is one of the great stories of honor in the entire bible. As a matter of fact it is the first major demonstration of honor in the family ever recorded. It is very natural that one of these days in family relationship there will be an occasion for sons to see the nakedness of the father. It is not unlikely that as sons live in the same TENT with the father they will somehow stumble on his nakedness.
There is the season when the son is not actually aware of the nakedness of the father because he’s yet to be brought into the awareness of the TENT,but a time comes when the son comes into the consciousness of what transpires in the tent. The son begins to experience what the father has experienced and consequently he sees what the father is for who he is. He becomes aware of his vulnerability,his low moments,his struggles,pains and travails. There is the tendency that he becomes conscious of the fact that he is also becoming a father(Ham(father of Canaan), hence maintaining a posture of a father around the father. He has forgotten that a son is always a son with the father and you always treat a father as a father even if you are also becoming a father!
At this point for a son to truly remain in honor will require he threads with caution and wisdom. You do not enter the TENT anyhow just because you are a son. Remember it is your father’s tent before you were brought in. Reserve the honor of going in with caution.  Ham saw his father’s nakedness ,which is not unlikely to happen,and that will not in itself be a sin,but he took it further and told his brethren about it. It is one form of misnormal that a son sees the father’s nakedness and now it is an enormous error that a son chooses to speak about it to his brethren!!!
This story reminds me of the body language of a number of people given access by their mentors and spiritual fathers and in turn they were privileged to see things most will not see,instead of maintaining an attitude of honor for such,they have chosen to become tale bearers and also become so lifted with pride to the point that they now have almost no regard for the grace they once revered.
The son that truly honors the father and carries the blessing is not the one who is constantly exposed to his strengths and exploits but the one who sees the nakedness of a father and still covers it in honor! Shem and Japhet were wise sons,they were in a position to see the father’s nakedness,they were aware of it,but they chose to LOOK BACKWARDS! They put a Garment on their shoulders and they COVERED IT! If Fathers are FEATHERS that COVER us,will it be too much that we in turn as GARMENTS(sons are Garments to fathers) COVER them?  At a time when honor is really scarce and each man is looking for ways to lift himself above others,even those that they met on the scene,I feel it is appropriate to share this in hope that we might save a generation!
Blessed You are!