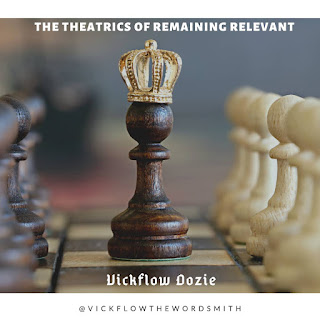 Life Incentives |
The Theatrics Of Remaining Relevant. |
(Unveiling The Borders Of Valiance).
_*”The valiant nature of the wicked is revealed when you sleep…”*_
– WordSmith
Weakness is revelatory. The true nature of men is revealed when we sleep.
_It’s not new to man that the rising of a man will draw many to him, but his failure will reveal his enemies._
The concept of ‘Valiance’ is very broad and dicy. However, I will try as much as possible to communicate my persuasions,  and the realities enshrined in this course.
Africa as a continent through superstition and a  deconstructed world-view has framed a vain  belief-system about the concept of valliance with regard to the term ‘enemy’ … In a one-sided approach we have further heightened the ambiguity of the subject to a generation, with reference to the identity of an Enemy.
Clerics have also helped in the propagation of falsehood. Many hide under religion to institutionalize their imbalance, error and ignorance. This is why many people do not know their true enemy.
Ironically, a man can be his enemy.
Often times, humans think their enemy is another, this has been proven to be correct, but not the complete truth.
The concept in discuss thrives beyond what Africa has built of her. It also captures systems, structures and other organizations that antagonizes the rising of men…
Sometimes, your enemies are those who comfort you when you fall (fail) .
Humans tend to see those who draw far when they fail to be foes, this may not be true.
Making generalizations without effective reference to truth and cognitive understanding can be destructive.
I strongly believe that human behaviors are tied to certain forms of information, knowledge and understanding. This may be the reason why many people act the way they do, aside stereotypes, because these behavioral traits flow unconsciously.
Do not make generalizations, as this may be unwise…
You need to understand that people who do not act in line with your expectations may necessarily not be your enemies. Human actions are  sponsored by four factors, they include;  …levels of understanding, impulses, stereotype, and an overwhelming order that hails from the divine.
Many individuals act folly because they are not much informed about emotional and social intelligence, this suffices the reality of their recklessness in emotional management. Poor management of human emotions can paint a bad image of an individual.
It is needful for us as humans to have understanding…
I used to judge humans by their actions a few years ago, now that I know better, I do not do that anymore.
There’s this philosophical frame that has fast-become the base for evaluating human actions. I want to recommend it to you, like I said, recommend! Because I believe it would be an advantage to you, if you subscribed to it.
It may not be popular at the moment, it might even be alien to the academy of thoughts *(philosophy)*, as it is almost a self-theory, drawn from the wisdom of scriptures.
It reads ;
“Do not validate the genuinety of human associations by acts that appeal to your expectations, desires and emotions.”
– WordSmith
Humans can be dramatic, dimensional, and thrifty, this is why you need to understand human relations at its primary level.
For effective administration and regulation of your human relationships, you need to start judging men by their motives, not entirely their actions.
However, this is not to de-emphasize the power of actions, but to bring a dimension of light and understanding with regards to human-relations.
Every man in this season should arm himself with mecenaries that will make him stand the rage of the wicked.
I would love to emphatically declare these words as I leave your space…
The enterprise of valiance is effective when you lack understanding. So does the theatrics of vallains remain stunts to be marveled at, until they’re revealed in the light of truth.
Wickedness is masked in the fairness of deceits.
Go for light!!!!
This is the premise of that which you have received ;
*”The valiant nature of the wicked is only revealed when you slip(fall).”*
Stand in Understanding !!!
The days are evil.
© Vickflow Dozie