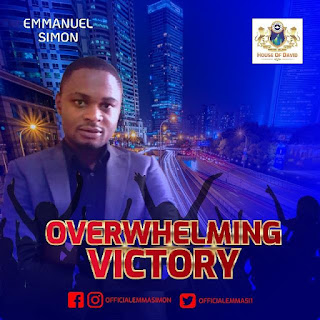 Minister Emmanuel Simon has released a new sound of Victory, spirit filled new single titled “Overwhelming Victory”.
The song is an experience and victory won in Christ Jesus,  inspired by the word of God in the book of Romans 8 :37, “Dispite all this overwhelming Victory is ours through Christ who loved us enough to die for us”. AMEN
Produced by Femi Max