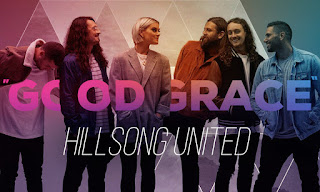 Hillsong United (stylised as Hillsong UNITED or UNITED) is a worship band that originated as a part of Hillsong Church. Formed in 1998 as part of Hillsong’s youth ministry, the band consists of several rotating worship leaders from the church, including Joel Houston, Taya Smith-Gaukroger, Matt Crocker, Jonathon Douglass, Jad Gillies and Benjamin Hastings. Due to several songs written by the youth ministry, Hillsong worship leader Darlene Zschech recommended that they record an album, which resulted in their debut extended play, One, which was released alongside the Hillsong Worship album Touching Heaven Changing Earth. Since then, the group has released eleven annual live albums, as well as four studio albums. The band composes songs and performs in church services as well as concerts in worldwide tours

LYRICS
VERSE 1
People
Come together
Strange as neighbours
Our blood is one
Children
Of generations
Of every nation
Of kingdom come
CHORUS
Don’t let your heart be troubled
Hold your head up high
Don’t fear no evil
Fix your eyes on this one truth
God is madly in love with you
Take courage
Hold on
Be strong
Remember where our help comes from
VERSE 2
Jesus
Our redemption
Our salvation
Is in His blood
Jesus
Light of heaven
Friend forever
His kingdom come
BRIDGE
Swing wide
All you heavens
Let the praise go up
As the walls come down
All creation
Everything with breath
Repeat the sound
All His children
Clean hands
Pure hearts
Good grace
Good God
His Name is Jesus
The band was originally formed in 1998, by close friends from within the youth ministry called “Powerhouse Youth”, led by Hillsong Youth Pastors Phil and Lucinda Dooley for many years.[1] As the house band for the Powerhouse meetings, they played original songs and rearranged popular radio tunes at their weekly meeting for local youth aged 16–25. Band members sometimes also contributed to the larger interdenominational ministry Youth Alive Australia and its albums. Most members of the band also attended Hillsong Church services.
Powerhouse grew and split in the mid 1990s into two youth groups: Powerhouse (aged 18–25) and Wildlife (12–17). Reuben Morgan, assisted by guitarist Marcus Beaumont and vocalist/songwriter Tanya Riches, administrated the band and music for Powerhouse and all United nights, albums and events until 2003, when the role was passed on to Joel Houston. The three performed with the 18–25’s Powerhouse band that also included Mark Stevens, Nigel Hendroff, Peter King and Raymond Badham. For the older group Peter King was the main piano player and music director, with guitarist Nigel Hendroff later taking the music directing role. In the younger ministry Wildlife, it was former Channel V Leg-Up competition-winning Able band boys Joel Houston and Marty Sampson, with Able band’s Luke Munns and Michael Guy Chislett being the main drummer and guitarist, respectively, while Joel Houston played bass. They were initially trained by Russell Fragar. Marty Sampson, Holly Dawson, Mark Stevens, Katrina Peoples, Michelle Fragar, Tanya Riches and Bec Mesiti were some original key vocalists. In the Summer of 1997 the team made a huge impact at their youth ministry’s Summer Camp. On returning from the camp, the youth ministries of Hillsong Church decided to join together monthly, calling these meetings the “UNITED” Nights.[citation needed]
Darlene Zschech suggested to Reuben Morgan that the youth band make an album in 1998 after so many songs were written in the youth ministry[2][3] As a result, the EP One was recorded by a new band. Everyday was recorded in 1999 and packaged with the Hillsong Worship annual album. Both achieved Gold sales status in Australia. The band continued to release an album each year, rebranding as Hillsong United. In 2002 after Reuben Morgan stepped down as co-worship leader of the band, Joel Houston, the eldest son of the church’s senior pastor Brian Houston, and Marty Sampson led the group together.[citation needed]
The band’s members are involved in Hillsong Church services and also play for the church.[4] Many were volunteers who went unpaid for their time or contribution. As such the line up changes on a regular basis due to the volunteers’ needs and the needs of the church; that is to say, due to the naturally resultant “churn”. Luke Munns, who was the drummer for the band from 1998 through 2006, played on seven live recordings and transitioned out from the drums to front the rock and indie band LUKAS. Following his marriage to Michelle on November 2006, Sampson stepped down as one of the main leaders of the band. He contributed two more songs with United—”Devotion”, which he wrote and sang, and “Saviour King”, which he wrote with Mia Fieldes—before he officially stepped down. These songs were part of the 2007 release All of the Above. Current members of the Hillsong United band include Joel Houston, Jonathon Douglass (J.D.), Jadwin “Jad” Gillies, Matt Crocker, Taya Smith, Dylan Thomas (on rhythm guitar), Timon Klein (on lead guitar), Peter James & Benjamin Tennikoff (on keyboards), Adam Crosariol (on bass guitar), and Simon Kobler (on drums).[citation needed]
The annual Hillsong United CD and DVD was recorded for many years during the Hillsong youth ministry’s October conference Encounterfest, and albums released in the first quarter of the following year. The 2007 album All of the Above was the first album to be fully studio recorded.[5] The band has toured in a number of countries, leading worship in various places and has an international influence.[6][7][8] The official UNITED logo was designed by Munns in 2002 for To the Ends of the Earth.[9]
In 2014, they won five Dove Awards, including song of the year for “Oceans (Where Feet May Fail)”.[10] The band was nominated for the second year at American Music Award in 2015.[11] The same year, they won a Billboard Music Award in the category Top Christian Artist.[12][13] The band won three Dove Awards in 2016 and Recorded Worship Song of the Year for “So Will I (100 BillionX)” in 2018.